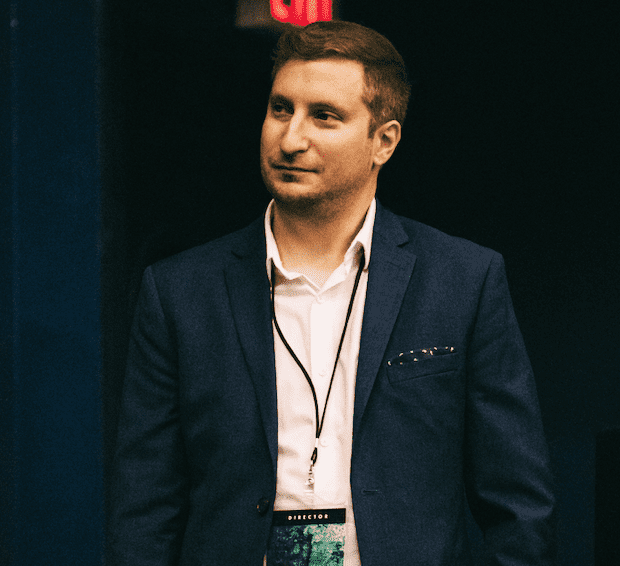 When he wrote the screenplay for The Tinwife in 2012, Travis Neufeld was a recent graduate of the University of Regina’s Film Production program with a passion for storytelling and some practical experience in production and set design with Minds Eye Pictures.

“I just committed myself to writing a few screenplays and submitting them to Festivals,” he recalls. “I wanted to get feedback so I could improve my skills.”

Much to his surprise, that feedback turned into a screenplay win at Cinequest, an Oscar-qualified film festival.  “The thing is, one part of the prize is that Cinequest will screen the movie you make from your script.  So I had to take it further.”

But the challenge of bringing what was on the page to life on film was daunting at first. “Still, the idea stayed with me. I kept thinking about how I could make it happen, rather than if.”

By 2014, Travis had assembled a team of “incredibly talented people with diverse skills” who were enthusiastic about making the film.  “We were all new to film production,” he remembers. “But we all wanted to try this, to take that next step in our careers.”  Over the course of the next several months, they met and worked out the vision and tone of the production.

The film was shot on weekends, working around the fulltime jobs of the team over six months in 2015.  To help cover production costs, a successful crowdfunding campaign was launched on Indiegogo, raising close to $9,000 in funding.

Since its launch on the festival circuit in 2017, The Tinwife has received numerous awards and real audience appreciation.  “You get a real sense of what audiences like, what works and what doesn’t work for them,” he says.  “This helps inform the next project.”

That project will likely be another short film for the festival circuit.  “I really appreciate the collaboration with a team, learning from them,” he says.  “And I want to be able to bring all that talent together to serve great stories.”