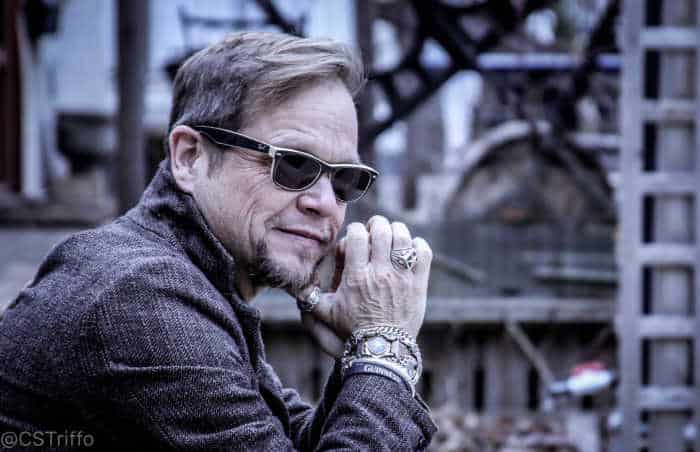 Inspired by the human experience to make compelling documentaries and series

As a principal partner and founding member of Wavelength Entertainment Group, Chris Triffo has come a long way from the days when he would be seen, as a small boy, walking with two or three old Kodak Duaflex cameras around his neck, searching for something that caught his eye.

“They called me ‘the camera kid’ in the neighborhood'”, he recalls. “I was inspired by the photos I saw in National Geographic Magazine and I wanted to go out and create those same kinds of images.”

Growing up, Chris expanded his horizons, becoming a performer in elementary and high school.  During these years, he performed with Globe Theatre, Little Red Hen Story Theatre, Regina Folk Festival, acted in commercials, sang, and performed as a magician and fire eater.

After graduation, Chris worked freelance at a local TV station, where he learned as much as he could about cinematography.  Before long, he was shooting commercials, documentaries, TV shows and a dramatic production.  By 1993, he earned his full CSC designation and expanded into producing and directing which he continues to this day with the team at Wavelength Entertainment.

A highlight of these early years was an invitation by Toronto cinematographer Mark Irwin to join him on set during the production of Dumb and Dumber.  “I had admired Mark’s cinematography for years going back to his early work on Videodrone, The Dead Zone, and The Fly where he collaborated with David Cronenberg. On the set of Dumb and Dumber, I learned valuable lessons on being efficient as a DOP, and I got to observe some of Mark’s tricks from his cinematographer tool kit.”

“I want to tell powerful human interest stories, usually about overcoming adversity or meeting a life challenge,” he says.  An example:  City TV’s Bridging Borders, now in its second season, follows refugees from around the world as they settle in Canada with the help of private sponsorship groups.

Chris has been an active member of SMPIA for more than 25 years, and has served several terms as a director on its Board as well as other positions.  Apart from advancing the industry, he believes that SMPIA offers networking and educational opportunities, and promotes Saskatchewan as a potential place for productions.

Chris and the team at Wavelength have just completed a documentary in Virtual Reality (VR360).  “I think we must continue to challenge ourselves; we must be willing to experiment and VR gives us that opportunity,” he says. “VR and AR are the future of immersive storytelling.”

To find out more about Chris