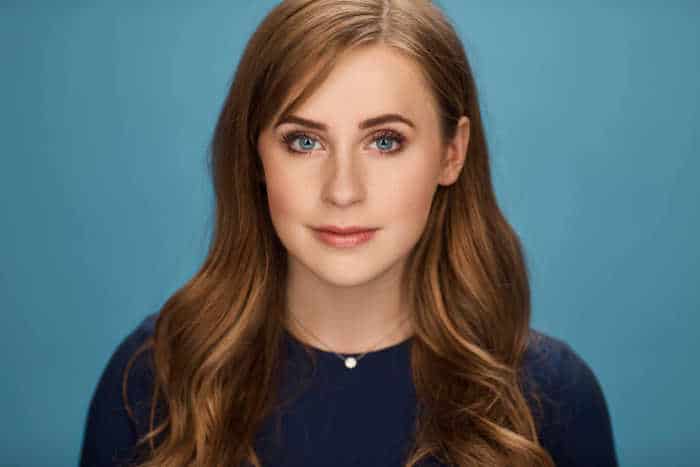 “I’d say that film found me,” says Amy Mantyka, reflecting on how she ended up running a business that serves Saskatchewan organizations with a vigorous, fresh approach to commercials and videos. “I took jazz, ballet, hip hop, visual art and acting as a child and I was always drawn to creative fields.”

But it wasn’t until she met with a university guidance counsellor in her first year at University that she was nudged to pursue film and video production.  “I found that I could tap into my background in these other creative arts and apply them to film and video.”

While still attending university, Amy accepted an internship to work on CBC Drama’s InSecurity in an administrative support role. “I learned about the complexity of making a dramatic series,” she says. “I also learned more about myself, that I really wanted to work as a producer/director. I like to do more, to figure things out, to solve problems.”

The opportunity for self-employment presented itself a year before graduation when Amy was invited to develop a low budget corporate film for SaskEnergy.  “I teamed up with Chris Miller, also a U of R grad, and Mike Maekelburger to make the video,” she said. “The rest is history.  We formed Play Creative in 2011 and we have been growing ever since.”

That growth has been primarily focused in serving a growing list of organizational clients with commercial and video services.  In 2017, with Phoenix Advertising, the company produced the award-winning Be A Good Wingman for SGI in 2017.

Another recent project was a commercial Play Creative produced with IMNO to advance SaskTel’s brand.  “We are interested in doing more productions that show lifestyle content and emotive storytelling, she says.”

Amy appreciates the role SMPIA plays – “I’ve learned a lot about the industry, and I especially value SMPIA’s workshops and seminars,” she says.  In particular, she valued learning about production pitching from a recent SMPIA workshop on pitching production ideas.

“This is a collaborative medium, and the connection with my partners, colleagues, and the production team is really important to me and to our company,” she says.

Looking ahead, Play Creative may pursue co-productions. The team is also seeking to win higher end commercial work with national clients.  “We have a strong team here, and we have a do-whatever-it-takes mentality when it comes to serving our clients,” she says.  “So, we’re going to build on that.”

To find out more about Amy and the team at Play Creative: http://www.playcreative.ca